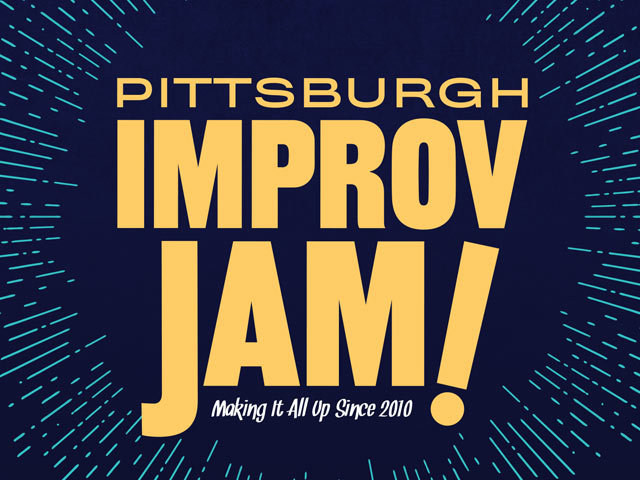 Re-establish the brand as a fun, timeless staple in the Cultural District and create an illustration and design motif based on the architectural surroundings of the Katz Plaza and Cabaret at Theater Square. 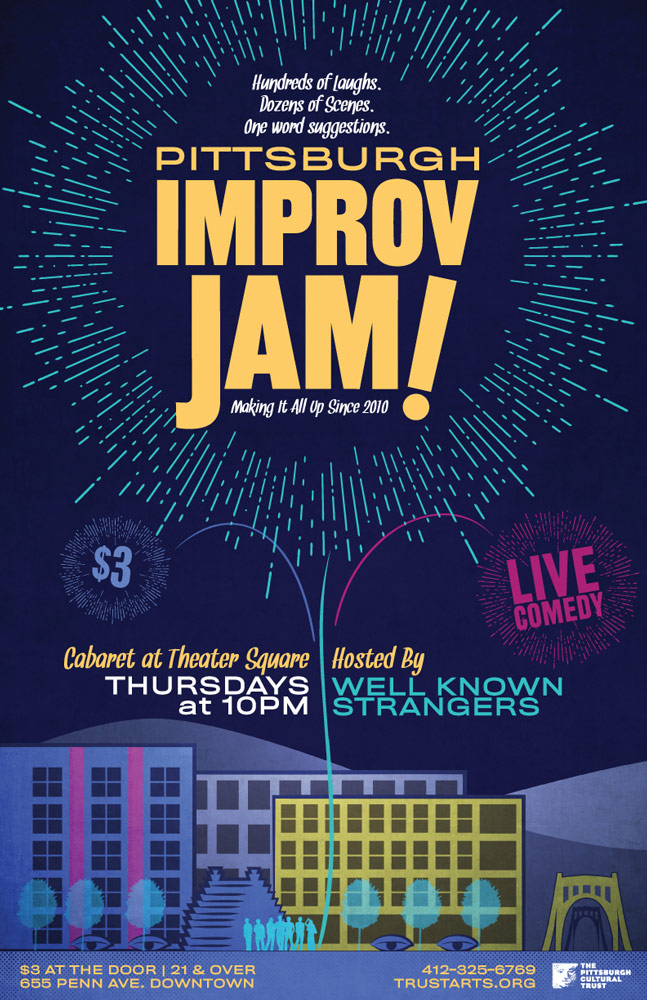 I had been hired as a freelance designer back in 2011 to design the original Pittsburgh Improv Jam branding. At the time, when the Jam was at its peak popularity, it accomplished the initial task of highlighting the variety of performers that appeared each week. When many of those performers moved away, and the marketing materials became commonplace, I was brought back in to freshen things up. 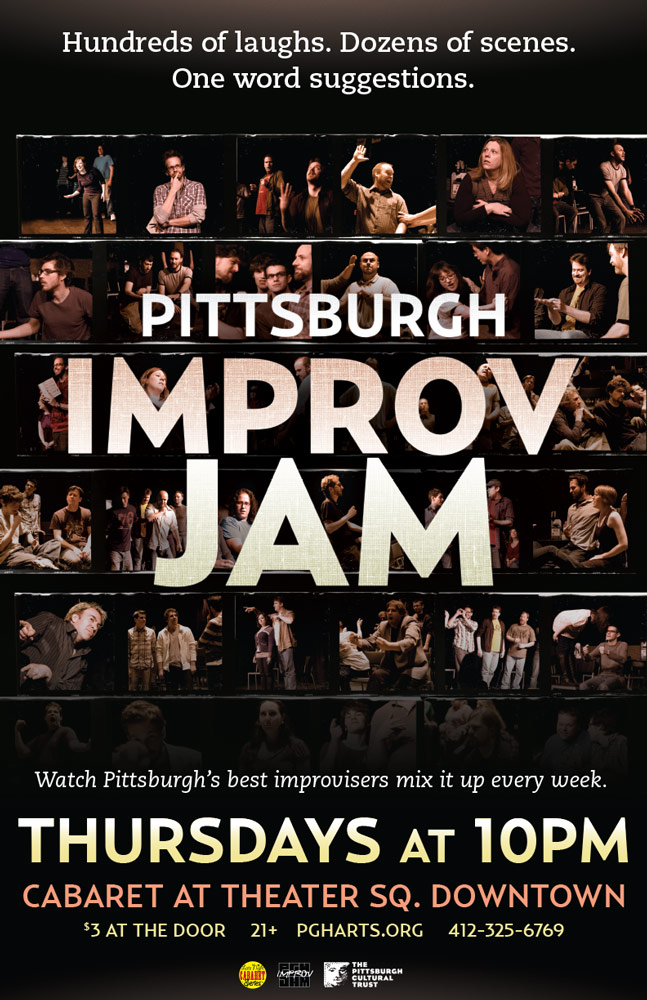 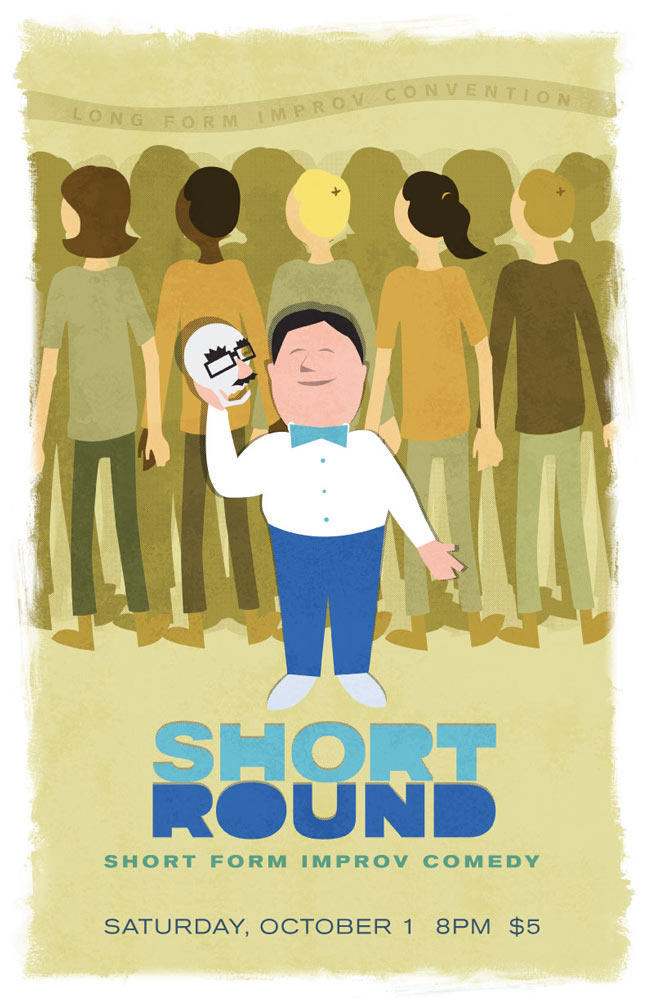 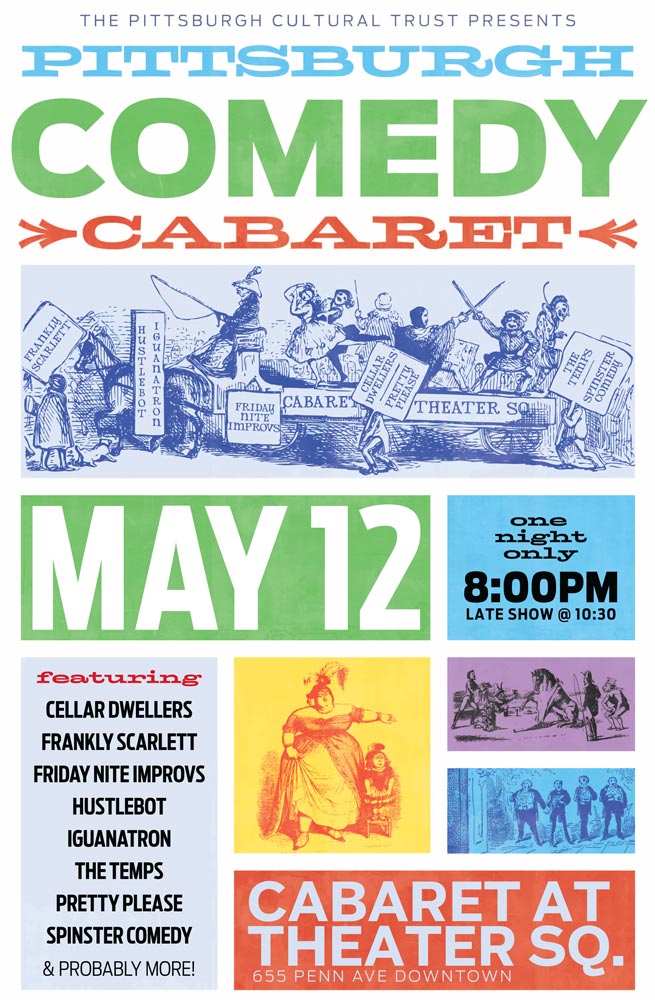 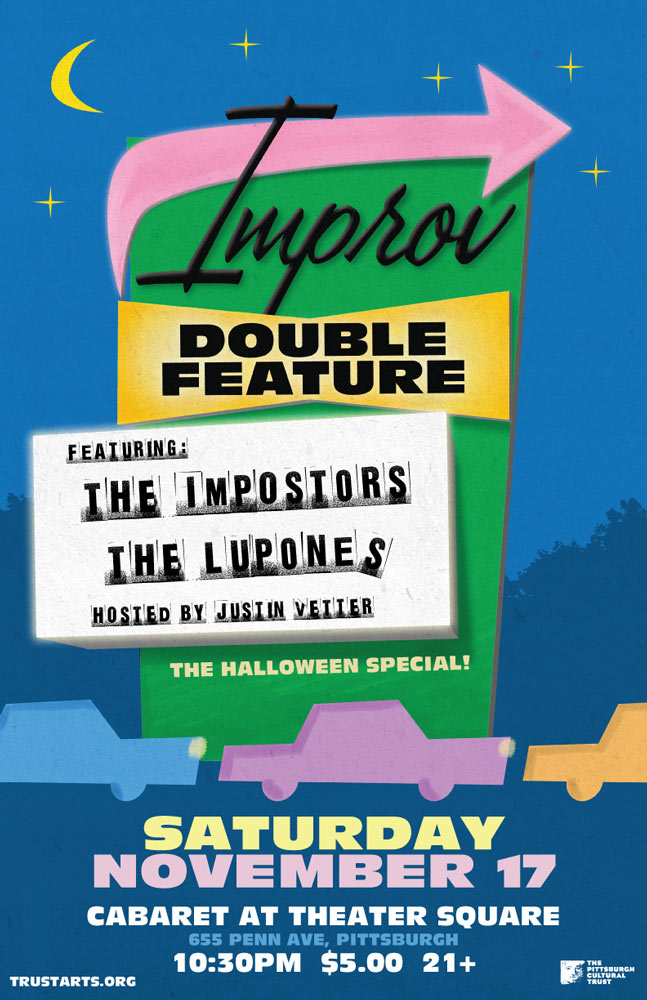